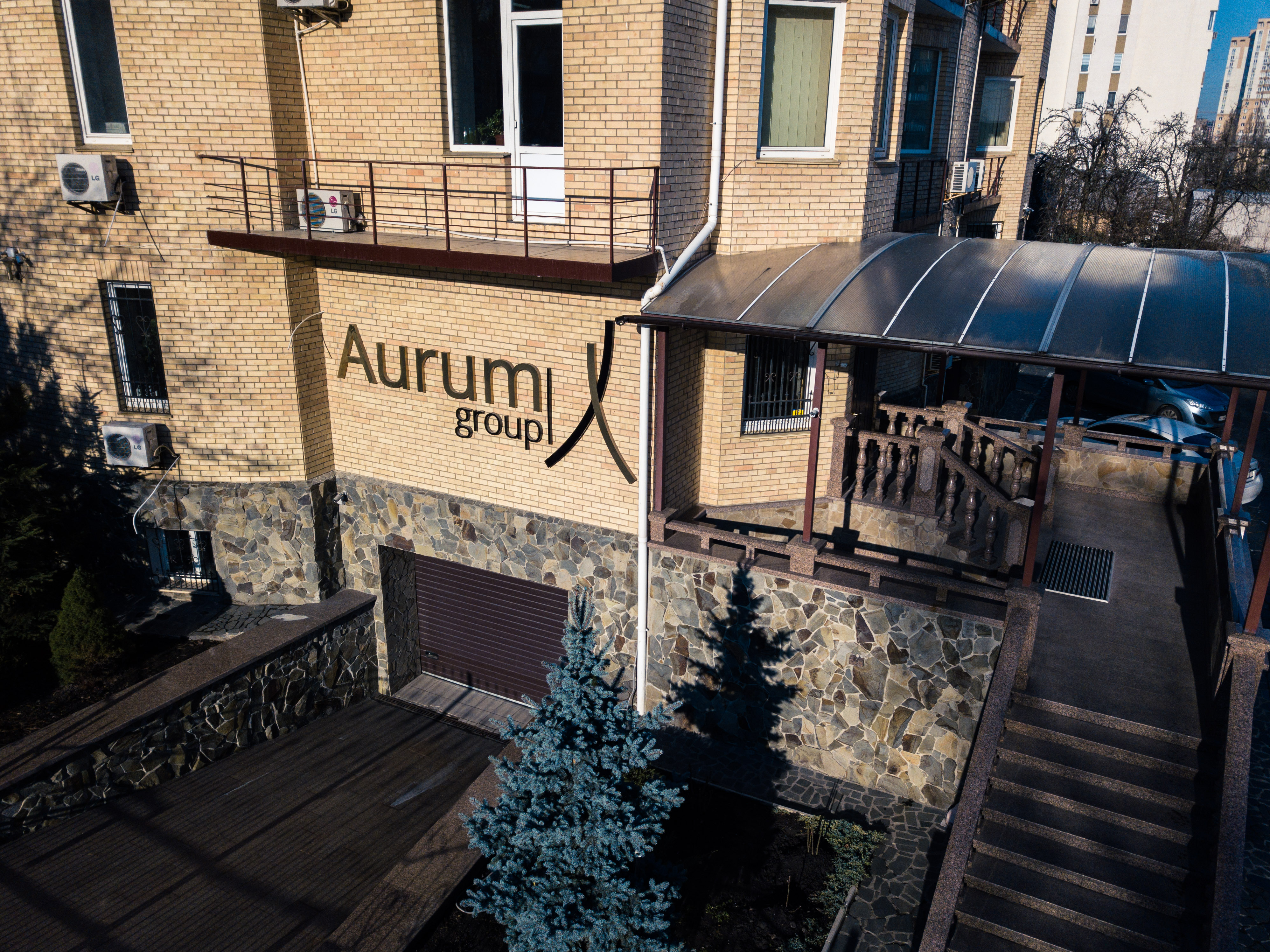 Media sphere has been filled with information on the 2 of November, 2022, from Kyiv City Prosecutor’s Office about absentee notification of suspicion against Aliona Lebedieva, a citizen of Ukraine and the sole owner of the Aurum Group company, based not so much on her entrepreneurial activity, but on the family ties. Security service officers are allegedly suspecting her of anti-Ukrainian activities and consider her a manager of the enterprises, which supplied goods and equipment for the military and manufacturing complex of russian federation.

Group of companies Aurum Group has never cooperated with the military and manufacturing complex of russia and has never supplied their products, thus any accusations of involvement with the country-aggressor are unfounded and fake.

The law enforcement officers think that one of the enterprises of the Group, specifically the Svesky Pumping Plant in 2017-2018 carried out two deliveries of its products (that is 16 civilian pumps) to russian defense industry through their dealers, and Aliona Lebedieva, being the beneficiary owner of the group of companies, was personally organizing such deliveries, aiming to destroy the constitutional system of Ukraine.

Such accusations are absurd, considering the fact that Aliona Lebedieva, as well as the Group of companies Aurum Group have been consistently, during all the time of their existence, adhering to a pro-Ukrainian policy to build a strong and independent Ukrainian economy. For instance, thanks to the initiative of the Aurum Group (together with other representatives of the wagon-building industry and with the support of Ukrainian Federation of Employers and the European Business Association) in 2020 a ban on import of russian outdated wagons was introduced on the state level. This practice was very harmful for the Ukrainian manufacturers of products and the economy as a whole.

Aurum Group company has been conducting business transparently, has diligently paid taxes and fees to budgets of different levels. Aliona Lebedieva, a citizen of Ukraine and the sole owner of the company Aurum Group, having a pro-Ukrainian stance, from the very first days focused the work of the enterprises on helping the UAF, internally displaced people, fighters of territorial defense units.
Despite difficult times for any business in Ukraine, with the onset of the war, the enterprises of the Aurum Group and Aliona Lebedieva, personally and through her charity fund, have been helping UAF and local military administrations.

In the first days of the war Aliona Lebedieva bought an ambulance for UAF with her personal funds. Production of plate carriers and armored vests was established with the support of the charity fund right in Kyiv, under shelling, to provide them to the fighters and units of UAF, TD, volunteer battalions, State Emergency Service, law enforcement forces.

The local military administrations received various kinds of help, from fuel to a set production of anti-tank hedgehogs, etc. By the way, in the first days of the war, when Svesa village appeared to be fully surrounded, the Svesky Pumping Plant management together with the local administrations organized defense activities, conducted patrol operations, together with the local farmers they organized food supply to the Svesa village.

Despite significant pressure from the law enforcement agencies (arrest of fixed assets and enterprises’ accounts), which one would expect to stop any activity by the enterprises, the Group of companies Aurum Group continues to provide systematic help to UAF. Last week, for example, a four-wheel-drive pickup truck Nissan Navara was sent to the front line for the 93 brigade “Kholodny Yar”.

The accusations are absolutely far-fetched and allege that Aliona Lebedieva, based on her personal political views, decided to organize financing of actions that aim to destroy the constitutional system of Ukraine by providing for such actions by means of organizing supplies of pumps for civil use to the powder military plants of russian federation.

At the end of May the Group of companies Aurum Group found out about initiation of a criminal case regarding the mentioned issues. Immediately, Aliona Lebedieva ordered to cooperate with the investigation, despite the absurdity of the implied accusations and considerable losses for the business due to enterprises’ assets being arrested as part of this criminal proceedings.

All the necessary documents were to be provided in order to conduct the investigation in the shortest possible timeframes to clear out this misunderstanding. It was decided not to talk about the case in the media, because the fact that the law enforcement forces of Ukraine are busy spending finance and priceless people hours in the time of war investigating absurd accusations might create negative image for them and for Ukraine in the international community, and, according to Aliona Lebedieva, this will be harmful to interests of our country now.

We are deeply concerned by the fact that nowadays in Ukraine there are companies, where russia’s representatives are among the beneficiaries and who create malicious schemes to harm the country’s borders and integrity. Aurum Group understands that relevant state bodies are conducting inspections. However, now we see the consequence of superficial treatment by the law enforcement officers of the situation that leads to hampering a legitimate economic activity of the Group’s enterprises on fabricated grounds, just based on the fact that the beneficiary owner of the Aurum Group, Aliona Lebedieva, who hasn’t violated any laws, is the daughter of a former Minister of Defense of Ukraine Pavlo Lebediev.

It seems that the investigators have set themselves a goal not to conduct an objective impartial investigation in the interests of the State, but to advertise themselves for finding “treason” in the activity of the daughter of the ex-Minister of Defense. We clearly understand, had there not been any family connection there, no such case would exist. There might also be the worst case scenario – they are acting in the malicious interests of some raider hoping to take over the property of the enterprises that comprise the Aurum Group.

In any case, such incompetent actions of the investigators cause significant damage both to the activity of the Aurum Group enterprises and the economy of the country, as well as the international image of Ukraine as a whole.

Despite all of the above, the Group of companies Aurum Group continues working for the good of Ukraine and continues supporting UAF to ensure our victory. Luckily, we live not in the soviet union and not in russia, but in a Free and Democratic Ukraine, where the key value should be the rule of law. We also hope that the decision regarding the assets of the Aurum Group will be adopted exclusively in the juridical domain.

We ask the General Prosecutor’s Office of Ukraine, the Business ombudsman of Ukraine and the President of Ukraine to look into this situation, as lately we have been witnessing growth of an unjustified pressure on business by the law enforcement agencies.

We would like to assure that Aurum Group Company, and it’s always been that way, is ready to cooperate and provide maximum reliable information to the investigators, to eliminate any possible mythical suspicions by real facts. Only the court should evaluate the operations of the Aurum Group. We are ready for that, even if we have to protect our reputation in the European Court of Human Rights. Therefore, spreading false information, be it about Aliona Lebedieva or about the Group she heads, is premature. The incomprehensible situation that the Aurum Group has found itself in brings no benefit to anyone, and the destructive actions of law enforcement forces, especially during the war, are going to hurt not only the Group’s enterprises, but the economy and image of Ukraine as a whole.

Glory to Ukraine! Together to Victory!